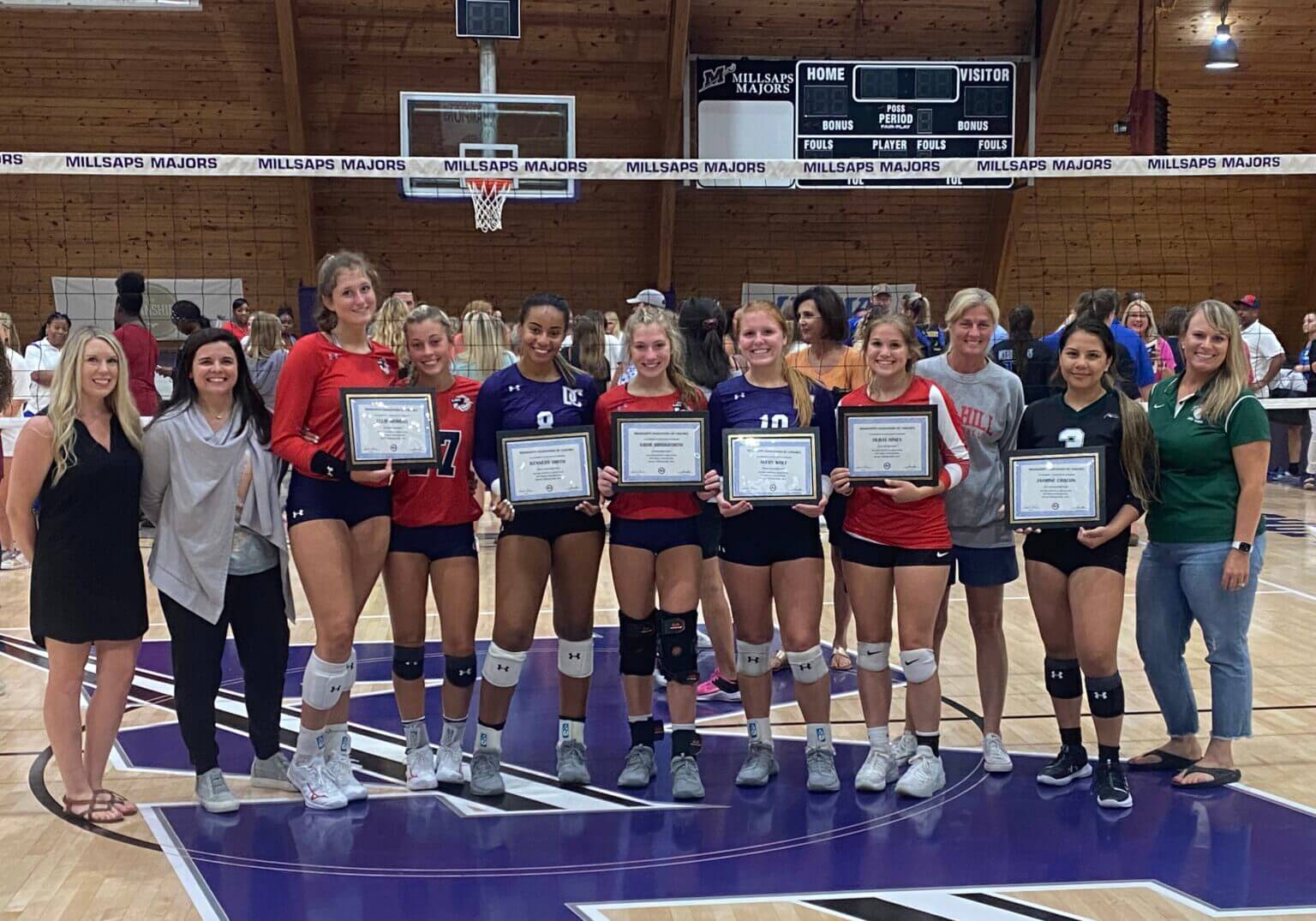 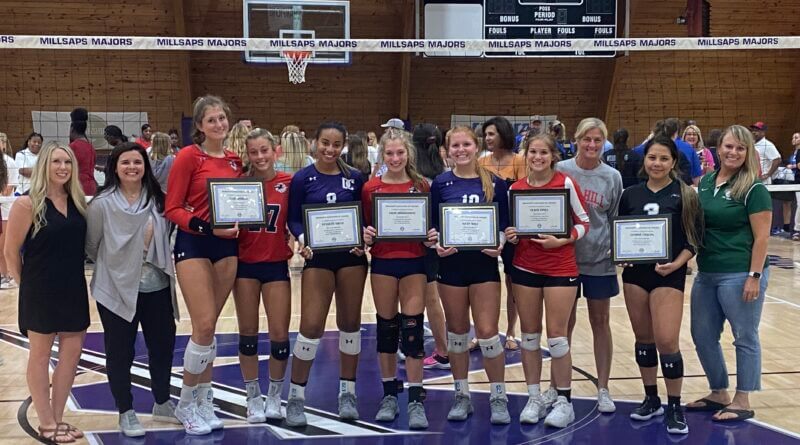 Seven of the players on the North roster, playing their South counterparts in the best-of-three match showcasing top Mississippi volleyball talent, came from DeSoto County schools.

The seven were Sadie Bridgforth, Ellie Morgan, and Kaley Rikard of Lewisburg; Olivia Hines of Center Hill; Jasmine Chacon of 5A state champion Lake Cormorant; along with Avery Wolf and Kennedy Smith of 6A state champion DeSoto Central.

Coaching the North All-Stars were Eric Lancaster of Alcorn Central and Stephanie Cleveland of Belmont.

In addition to the spotlight on the players, DeSoto Central coach Margaret Falatko was recognized as the MAC Volleyball Coach of the Year.  Falatko led the Lady Jags to the 6A state championship, its fourth title as a program, in a four-set victory over Brandon last October.

Despite the DeSoto County presence, the South prevailed over the North in the three-set match 2